It has been 43 years since a 9-year-old girl was abducted while walking home in Springfield.

The girl was later found in a shallow grave.

The case remains unsolved, but Springfield police say they haven’t given up.

Witnesses reportedly saw the girl talking to a man in a blue Chevrolet car that evening.

Two months later, Shirley’s body was found near McDaniel Lake north of Springfield.
A map of the area where Shirley Jane Rose is believed to have been abducted in 1975.

A map of the area where Shirley Jane Rose is believed to have been abducted in 1975. (Photo: SPD)

On Wednesday, law enforcement took to Crime Stoppers — a program that offers rewards up to $1,000 for helpful tips — to issue another plea for information that might help them find Shirley’s killer.

Officer Rachel Kleemann, the coordinator of Greater Springfield Area Crime Stoppers, said there have not been any big breaks in the case recently.

Kleemann said Crime Stoppers sent a news release about Shirley’s case on Wednesday as a way to hopefully keep the case on people’s minds.

“We haven’t given up on trying to get justice for her,” Kleemann said. “We hope that by putting it back out there, it jogs someone’s memory.”

Kleemann said Shirley’s family members are still active in sharing information about the case. They maintain the website JusticeForShirleyJaneRose.com.

Bill Lloyd, who led the police investigation of Shirley’s death, told the News-Leader in 1995 he believed the killing was motivated by either drug sales or drug use. Lloyd reportedly said he thought the son of a former Springfield business owner with possible mob ties was responsible.

In Memory Of Shirley Jane Rose

This candle remains lite in memory of Shirley Jane Rose

Click on “Submit Anonymous Tip” below to submit to Crimestoppers 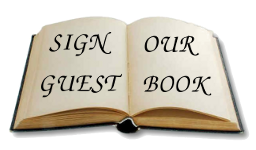